What is Fat Grafting? 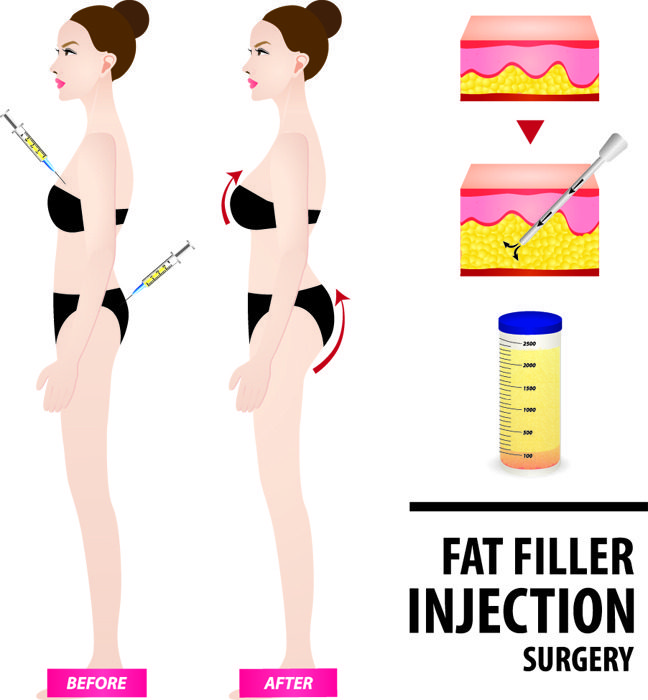 One of the major breakthroughs of the past decade, the practical use of fat transfer techniques by plastic surgeons has permitted new developments in body contouring.  We can now use undesirable fat from other areas of the body to:

Fat transfer is a three-step process.  First, the fat is gently harvested from the donor area, using a gentle syringe liposuction method.  Next, the fat is purified through the use of a filter method or a centrifuge.  Finally, it’s re-injected on a drop-by-drop basis into the recipient tissue, to form and sculpt the desired shape.

During the post-operative recovery phase, it’s important to keep weight off the freshly grafted area.  Initially, some of the fat will be re-absorbed. Typically, about half of the grafted fat is retained and is kept on a long-term basis, as long as the patient maintains a stable weight.
Fat grafting offers advantages that older methods can not match.

Regarding the “Brazilian Buttock Lift”, Dr. Fiala had put a “hold” on performing this procedure, between 2016 and 2020.  Now, the data about how to perform this procedure in a much safer way than before has come in, so we are resuming it, as of June 2020. Injecting fat in the subcutaneous plane, rather than the deep muscles of the buttock, is one of the key features for patient safety. Smaller volumes of injected fat are also used. Dr. Fiala has adopted the expansion vibro-lipofilling technique, initially described by Drs. DelVecchio & Wall, as he feels this is safe and reasonable.